A Home with a History of Art & Craftsmanship 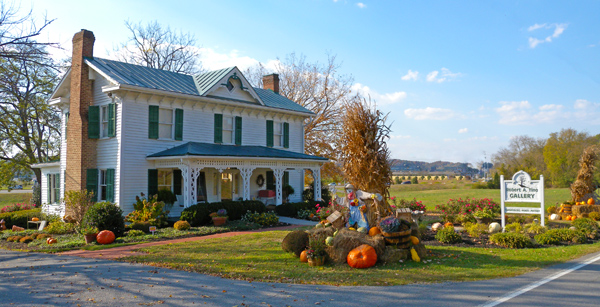 In 1999, a Tennessee state historical plaque honoring the work of African-American wood artisan, Lewis C. Buckner, was dedicated at a ceremony at the Robert A. Tino Gallery in Sevierville. Representatives of the Tennessee State Historical Society and a relative from Lewis Buckner's family, among many others, honored Buckner's contribution to history and the arts.

Buckner, 1856-1924, was a former slave in Jefferson County, Tennessee who became a carpenter, cabinetmaker and housebuilder of great renown in Sevier County after the Civil War. A true craftsman and artisan, Buckner hand carved elaborate furniture, mantels and staircases, as well as gingerbread trim work in the grand, ornate Victorian style of the period. His work has been faithfully preserved in both the interior and exterior of the Gallery.

When the Andes' family home was renovated in 1880, Buckner, a prominent wood artisan and master cabinetmaker of the era, was commissioned for the work. Buckner hand carved the wood ornamentation, which still decorates the porches, central gable and eaves. Its graceful, scalloped design resembles the delicate handwork of the heavy lace. The back porch is embellished with the lavish gingerbread railings and posts of the era as interpreted by Buckner. The hand carved staircase banister is signature Buckner, as is the massive mirrored mantle designed with floral carvings and curio shelves that reach to the ceiling. Two ornately carved tables greet visitors to the Gallery in the foyer and a majestic corner cupboard graces the center exhibit hall where the original kitchen once stood - all Buckner originals.

"Mary John and I feel that this honor for Lewis Buckner brings the vision we have held for the Gallery, created here in her family home, full circle, " Robert tells us. " I think that Buckner and I may have a lot in common as artists. We both have tried to preserve this region's rich heritage as storytellers - he through his artistic wood crafting as I have through my watercolors and oils. I feel very blessed that my work in honored in the same historic home where Lewis Buckner's love for carving and sculpting with wood can be seen everywhere." 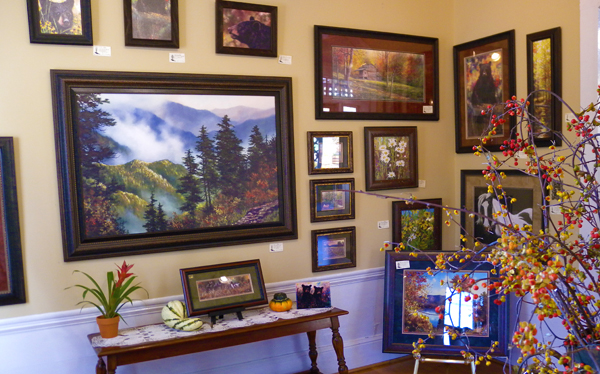 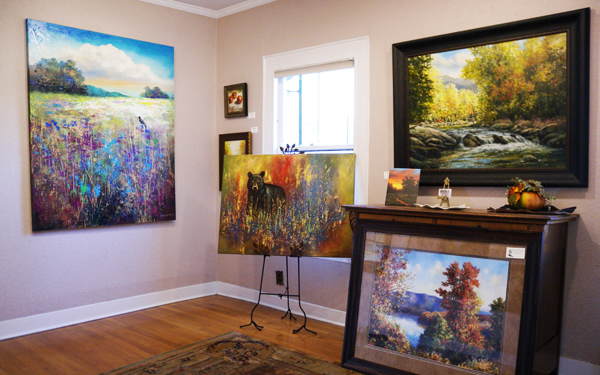